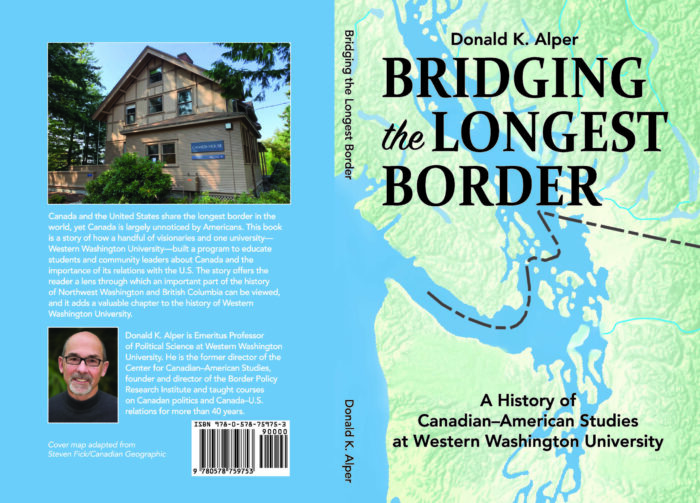 About three years ago, I casually mentioned to Professor Emeritus Don Alper at his retirement gathering that he should write a book about his role in helping create the Center for Canadian American Studies at Western Washington University—for which I worked at the time. It’s the kind of thing you say at a retirement party. Well, he gave it some thought and contacted me to ask whether I would be interested in coaching that effort. He needed a little push. He was aware of my editing experience from my time at the American Review of Canadian Studies journal that was housed at the Center. It just so happened that my nearly 10-year tenure was coming to an end as the journal was moving to Bridgewater State University—and I was staying in Bellingham. I would have time on my hands. We started by sifting through boxes and papers that had survived many moves and a few floodings of the basement. We figured if it didn’t happen, no one would be bothered, and at least we would have cleaned up the Canada House basement. But it did happen and the books arrived at Village Books on Feb. 1. It’s a nice read and was a very enjoyable and amicable—if not long—collaboration.